The HMF comprises one Executive Officer and is administered by a committee of dedicated members of the community who volunteer their time, experience and energy to ensure the Foundation continues to fulfil it’s charter and serve the community. The foundation welcomes any members who would like to contribute by joining our committee.

You might already know the name Claudia Tolhurst as she is the new Executive Officer at the Hunter Melanoma Foundation. However, before she took on this role, Claudia was an HMF committee member for over four years. She joined the committee after her sister had a melanoma removed and after being the support to many of her close friends who had lost loved ones. In her role, Claudia is forever coming up with clever and creative ideas to benefit not only the Foundation but the community. Claudia is devoted to her role and mission of reducing the incidence of melanoma in the Hunter. She is also passionate about what HMF is and stands for.

“I am so passionate about being part of an organisation that focuses on the Hunter. Everything that is raised on behalf of HMF is then put back into the Hunter. It is a community orientated not-for-profit and that will never change.” 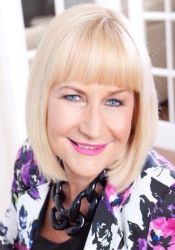 Imagine being 30 years old, a mother to a newborn and being told that you have a life-threatening melanoma on your leg. For Janelle, this was her reality. After the doctors removed the 6mm melanoma, Janelle faced years of regular checkups and tests. This frightening experience not only encouraged Janelle to change her own habits around sun protection and prevention but also inspired her to join the HMF committee. Janelle has been a part of the committee for 15 years and will continue to work with HMF in educating people, particularly the younger generation about the importance of sun protection and early detection.

“After my own personal experience with melanoma, I joined the committee to encourage and inform others about how detrimental this disease can be, particularly in the younger generations.” 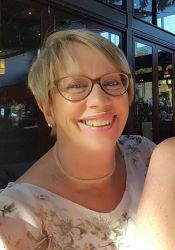 Michele had always wanted to join a committee within the region and so after attending one of HMF’s high tea’s back in 2018 and then having a small melanoma removed she knew that HMF was the right fit. Michele currently works in the community health sector providing housing services to the Hunter region. Michele has worked across several non-government and government roles and through this has found a passion for being able to think strategically about policies that are designed to create a real change in people lives.

“It was after I had a melanoma removed and attended the HMF high tea that I realised how relevant the topic of melanoma is not only in my life but also my friends and family.” 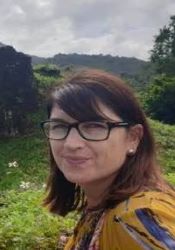 After losing her close friend Scott to melanoma, Bec joined the committee to help HMF’s mission of raising awareness and funds for melanoma in the Hunter. Bec has now been an HMF committee member for the past 12 years.  Bec also along with her husband, own and run a boutique vineyard in the Hunter Valley called Gemelli Estate, where they grow Chardonnay, Merlot and Muscat Grapes. They made the change from beachside suburbs to the picturesque countryside 9 years ago and have not looked back.

“A lot of hard work has gone into making Gemelli Estate what it is today – our passion, our home and our dream.” 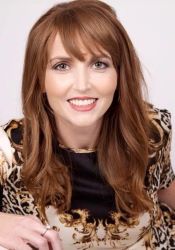 Jacqueline has been touched by melanoma more than once in her life. She’s had to deal with the loss of both her Aunty and Father, watch her other Aunty have immunotherapy and support her brother through treatment and remission. Seeing firsthand the impact melanoma can have on someone, Jacquie decided to join the Melanoma Institute Australia (MIA), however, when she discovered that the money raised through the MIA didn’t go back into the Hunter, she looked at alternative committees to join. Jacquie came across HMF back in 2018 and has been working alongside her other committee members to raise money and educate people about melanoma in the Hunter region. Jacquie is very passionate about raising awareness and funds for melanoma in the Hunter region.

“I joined the committee because I wanted to be part of something that helped create awareness and funds for the beautiful place I get to call home, which is the Hunter.” 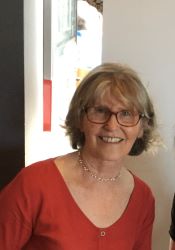 You might recognise the name Lisa Hamilton from the Melanoma Support Group. A group Lisa runs for people who have been through, are going through or know someone who has suffered from this horrible disease.

When Lisa’s husband was going was being treated for melanoma, he wanted to join a support group of people who were going through a similar experience, however, 10 years ago there wasn’t a group like this in the Hunter. After having a discussion with HMF, Lisa and her husband created a support group that melanoma patients and their friends and family could attend. 3 months after Lisa and her husband established the support group her husband lost his battle to melanoma. The support group gave Lisa’s husband comfort and so Lisa continued to run it to give others the same comfort and support. Along with running the Melanoma Support Group, Lisa also volunteers her time at the Cancer Council. HMF is very grateful for the work Lisa has done and continues to do.

“You want to do your bit in this world, and I believe running the Melanoma Support Group is mine.” 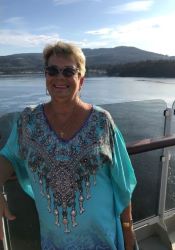 Leonie has been a part of the HMF committee for over 6 years and knows what it is like to lose people from this horrible disease. Over the years Leonie has lost friends to melanoma at too young an age and has also been the carer for one of these friends. Before Leonie retired she worked as an Apprentice Coordinator. She now spends her time playing bowls, going on walks, and travelling around the countryside with her husband.

“I lost too many friends to this horrible disease and at such a young age. Being involved with this committee is a way for me to help spread the message that it doesn’t matter how young you are it is important to protect your skin and get it checked.“ 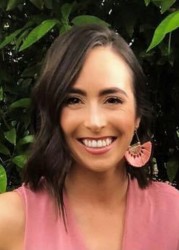 After losing her father to melanoma in 2015 Hannah and her family developed a close relationship with HMF. In mid last year, Hannah decided to join the committee and bring a younger voice to the foundation. Hannah is a full-time mum of 2 beautiful children and a primary school teacher at Thornton Primary School 3 days a week.

“I am only 31 years old and knew that by joining the committee I could educate the younger generation about the importance of sun protection and early detection.” 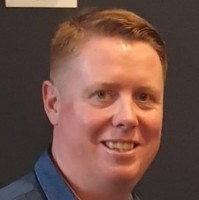 Jason is a melanoma patient who was first diagnosed in 2015 when he was working in a FIFO job in WA’s mining industry. After his diagnosis and initial treatment he moved back to his home town of Newcastle where he works as a Financial Planner.

Jason joined the HMF committee because he is passionate about raising awareness of sun protection behaviour and the importance of early detection of melanoma in his local community, especially in the of 15-39 year old generation where melanoma is the most common cancer.

“I'm passionate about sharing the message that sun protection and early detection of melanoma are vital, particularly in the younger generation .”

Paige is a Town Planner who works and studies full time. She has a strong history of melanoma in her family after losing both her Maternal Grandmother and her Paternal Grandfather to the disease when she was only 3 and 14 years old respectively.

Paige's family history means she has a good understanding about the prevention of melanoma and other skin cancers,  and has what can only be described as a wild obsession with trialing new and different sunscreen products. The most common question in her friendship group is "are you wearing sunscreen?" and that's the exact type of person we want on board at HMF.  She also see's the benefits of the anti ageing effects of good sun protection behavior and is on a mission to look 40 when she is 50.

Paige joined the HMF Committee because she wants to extend her sun safe influence outside of her friendship group to the broader community and help us in our mission to defeat melanoma.